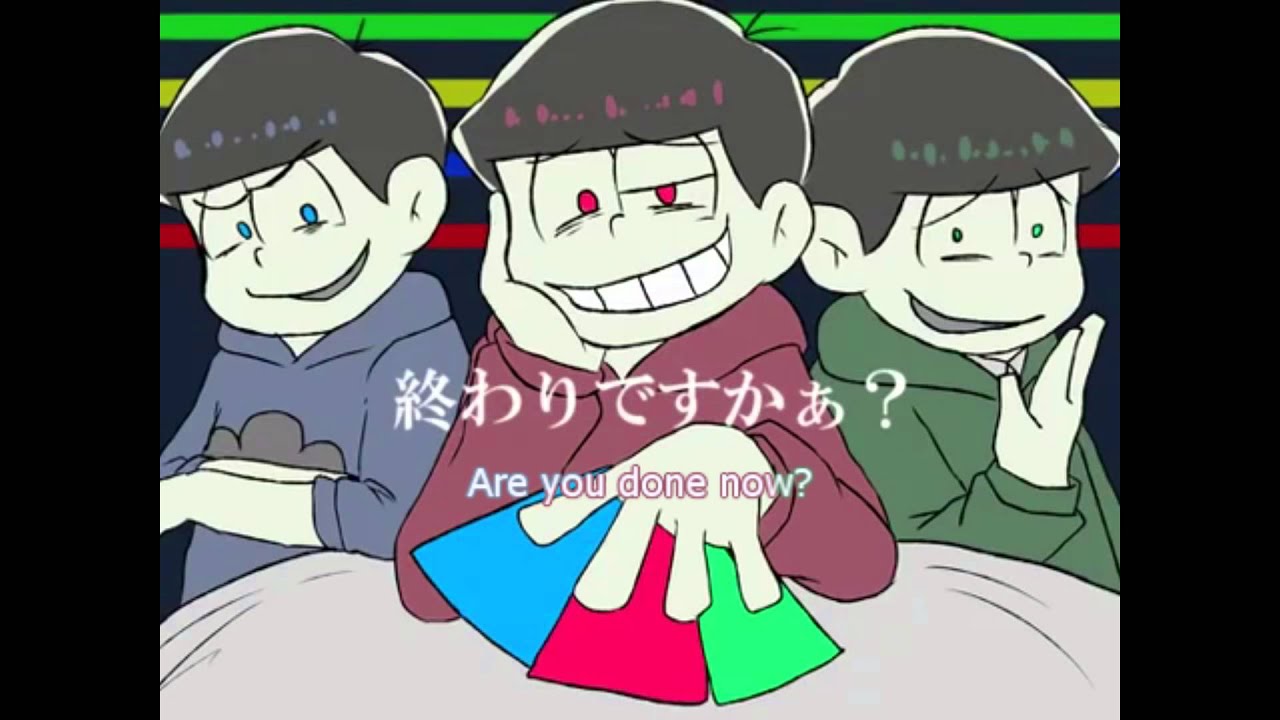 Lyrics may look a little weird because my editing program doesn’t love me.

I have three versions of this song, I don’t really know if I will make the other ones soon…I’ve got some videos I want to upload before them.

Translation by karunarotsu, which is pretty okay! (There were a few mistakes on the lyrics but I didn’t want to edit them at all so I just changed some pronouns.)

If the author tells me to delete it, I’ll do so.
＊アーティストさんが削除して欲しいなら、どうぞ教えて下さい。
Please support the artist by visiting the link from NND and the producer by buying its music if possible.

Notes: That last dialogue lmao I didn’t understand what Ichi and Kara were saying sooo here’s some nonsense:

Ichi: (酒とうまみの四具いだし- Sake to umami no (shi gu i) dashi) I don’t even know if it really says 四具 so I literally ignored it. Even still, there is a thing I can tell for sure; he’s talking about the food the three losers (aren’t they already?) need to buy (sake and tasty or savory soup).

Kara: I think his line (男に二言は無いさ- Otoko ni ningon wa nai sa) is a parallel to the refrain 武士に二言はない (Bushi ni nigon wa nai) Literally :A samurai does not have a double tongue, and in English: an honest man’s word is as good as his bond.