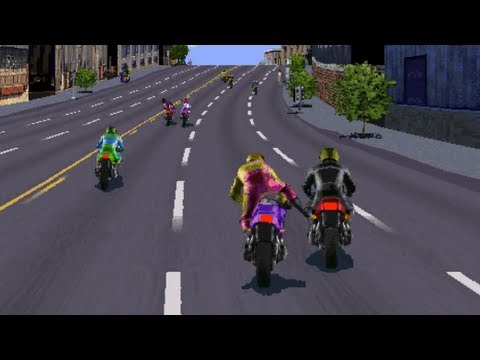 Road Rash is a series of motorcycle racing games developed by Electronic Arts since 1991, in which you participate in violent illegal street races. Orgininally released for the Sega Genesis / Mega Drive, it has been ported to several platforms like Sega Master System, Sega Game Gear, Sega Saturn, Commodore Amiga, Atari ST, Nintendo Game Boy and Game Boy Advance, Nintendo 64, Sony PlayStation, 3DO, and – of course – Microsoft Windows on the PC.

In this video, you can see an early pre-release demo of the PC version, which has been done in 1996.